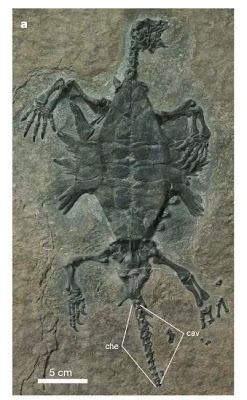 Odontochelys is the new basalmost triassic turtle, with a plesiomorphic ("primitive") presence of teeth (hence the name) and a most remarkable transitional aspect: It has a perfectly formed plastron yet no carapace. Odontochelys only presents the dorsal midline of the neural plates of the carapace, that are close to the neural spines but remain separate (which is not the case in more derived turtles).
Lets briefly recall what some evil saltationists (paleos and evo-devo's) have said about this. I remember Bob Bakker's book "The dinosaur heresies" (1986). There, he mentions the fact that in turtles the pectoral girdle is actually under the ribs, and points out that this qualitative aspect is hard to imagine to have occurred in more than a single step.
What can development tell us of all this? First, the plastron is derived from the neural crest, unlike the carapace, which is derived from a mixture of dermal bone and ribs. Second, the plastron ossifies before the carapace. Odontochelys reveals that this embryological and temporal separation also reflects a phylogenetic sequence. Scott Gilbert (yes, the book guy) points out that in turtles, the ribs have shifted dorsally, to developing within the dermis, a unique trait within amniotes. If an embryonic rib is experimentally inserted in the dermis of a chicken embryo, the result is ossification

of the dermis surrounding the rib. Because of this paracrine effect on the dermis, Gilbert hypothesized that a single-step shift of the ribs to the dermis could have induced the origin of a well-formed carapace.

Some regard this hypothesis as incompatible with the hypothesis that an exoskeleton of separate dermal bones preceded the origin of the carapace. This incompatibility in my opinion is not quite so; dermal bones could have existed or not previous to the shift of the ribs closer to the dermis; the shift could have led to a single carapace. Critics to Gilbert's hypothesis have pointed out that in the carapace of the early (very fragmentary) triassic turtle Chinlechelys, ribs are not "immersed" in the carapace but run immediately below the surface of the dermal plates. However it is possible that this was sufficient for the paracrine effect leading to a single carapace "shell". Unfortunately we cannot know if the pectoral girdle was already under the ribs in Chinlechelys.

Even admitting the possibility of previous ostederms, Odontochelys is certainly something unexpected from the more "gradualist" perspective, which was "hoping" early stages of dermal armor would go back to remote Pareiasaur-like ancestors (see figure below). The full plastron of Odontochelys is pretty derived, yet this species has no "coat" of osteoderms.

From Joyce et al 2007. Odontochelys indicates that "coats" of osteoderms as in a) and b) did not precede the origin of the plastron
Odontochelys is consistent with the notion that a shift in the position of the ribs to greater proximity to the dermis could have induced a"radical" extension of dermal bone, from mere dorsal midline of neural plates, to a full carapace; as a third step, superficially attached ribs and dermal bones, became fully integrated with the dermal bone conforming the "true" carapace.
References:

Joyce WG, SG Lucas, TM Scheyer, AB Heckert, AP Hunt (2008). A thin-shelled reptile from the Late Triassic of North America and the origin of the turtle shell Proceedings of the Royal Society B DOI: 10.1098/rspb.2008.1196 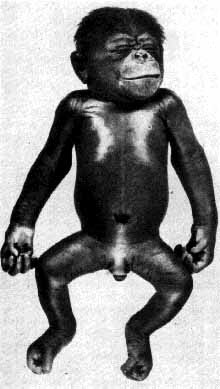 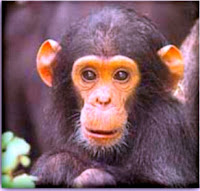 "In fact, the results showed that the codon-based methods were 100% off-target. When Bayesian methods were applied to a set of closely related rhodopsin sequences, eight sites were identified as ‘‘positively selected.’’ Yet not one of these sites was among the 12 sites known to be involved in adaptive changes in rhodopsin sensitivity. Moreover, amino acid changes at these sites were shown experimentally to have no effect and thus almost certainly to lack any adaptive significance.These results support the theoretical prediction that, because of the faulty logic in their underlying assumptions, codon-based focus mainly on statistical artifacts rather than true cases of positive selection"

"In recent years the literature of evolutionary biology has been glutted with extravagant claims of positive selection on the basis of computational analyses alone, including both codon-based methods and other questionable methods such as the McDonald-Kreitman test. This vast outpouring of pseudo-Darwinian hype has been genuinely harmful to the credibilit y of evolutionary biology as a science. It is to be hoped that the work of Yokoyama et al. will help put an end to these distressing tendencies."